Going Cashless is not Necessarily Painless!!!!

Losing twenty two Kenya shillings in a single transaction may not be much but it is the principal of the thing that matters…..

Let me bring you to speed then just may be you see why it matters….

Lately, there has been this fade if I may call it so, going around in the matatu industry that very soon – namely from 1st July, 2014. That all Matatu Saccos are required to be operating cashless.I wonder if you have been caught up in it or at least heard about of it??? May be, may be not….those who live where I live must have.

This means that no more carrying the notes and coins as usual but instead load your money on to a plastic card and the Makanga – (Matatu conductor) will swipe it on his POS to deduct the bus fare.

On many levels this is a good move, and I applaud it. No more getting ripped off your change should you happen to forget to ask for it or having the Makanga bit your head off coz you have given him a big note for which he reckons he can not get change for. Or those unexpected bus fare hikes just because the clouds look like they are going to form rain.

Am sure even the matatu owner has something to smile about like may be easier management of his daily collection and may be even the general management of his business. Sorry can’t offer much insight there, this happens to be the few legal businesses I have not had the guts to venture into…..yet…

Since sometime last year we have been under siege from sales reps of various companies enticing us to take up plastic cards from their companies. With a marriage of sorts between the card mongers and Compliant MOA Sacco 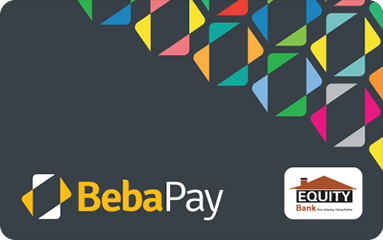 on Jogoo road route 23, we seem to be the perfect lab rats…so far…I wonder why??

First it was BebaPay – which happens to be also affiliated with Equity Bank ( the banks logo is on the card) and Google (https://support.google.com/bebapay/#topic=4498773)

The sales reps were quick to capitalize on the names of these companies to build credibility for their product. And as usual we signed up in doves…..and for sometime there all was well…… But like all fades it started fading out, there would be no service in some matatus, or the Makanga would just be quite right rude and demand for cash.

At one time I asked a route supervisor for an explanation and he just said their mobile handsets that used to operate as the POS (Point of Sale) were stolen and the company was still looking for replacement……for me their credibility just went down the gutter.

So there are those like me who still have these cards loaded with monies that is useless to us…because Compliant Moa has moved on and so did Bebapay….so who has our monies?????? Could this be another Trade Bank in the making…..or DECI….

Even before we could recover from Bebapay, My1963 was unleashed on us. 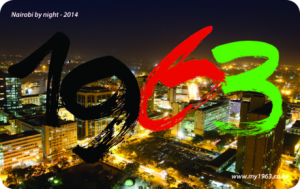 Now these ones looked serious, superb branding, sharp looking sales reps – smooth talkers, POS machines that made the seem truly digital. At first I thought the name sounded conny especially given that we were still on a Jubilee high – 50 years since Independence and all. But i bet that is what the brand founders were planning to capitalize on.

And I can tell you, there was no escape from these guys, they launched it with a bang and everyday for weeks they preached their message restlessly. They used the failure of their competitor to their advantage and wore down resistance from many like me who were very adamant of not joining the band wagon.

They had more goodies to their offering – Kopa fare when your broke,ability to transfer to your friends card if you are philanthropic, accumulation of points which you can redeem later to pay fare…..the threat of having to pay for the card if you wait till July to sign up….surely hata kama ni wewe….si you would reconsider…..

So yeah I allowed myself to get sucked in …….my daughter’s fault, I might add.

Of the many top up options, M-Pesa seemed the most ideal one and so earlier this week i decided to try out topping up my fare using this option, so I started small – Kshs.100/-, and all was smooth till when I got the M-Pesa notification of the transaction and noticed that I was Kshs. 22/- less.

So as soon as I got into the matatu, I inquired from the Sales rep/makanga, why I could have incurred the charge, but they had no answers. They referred me to call their toll free number – (now I even wondering if that call was really free).

At the other end of the line a female voice answered the phone. She did not identify the organization, I had to ask whether it was 1963….and after raising my complaint, she dint have an answer for me, so she asked for my number and promised to call me back. And truly she did, but the shocker was, when I picked the call, she said “..aah sasa”, in a very casual tone,this really threw me off….then she proceeded to categorically state that that was an M-Pesa charge.

SO now am left with questions which seemingly no one is answering.

For now am all written out- I will await to see if I can get some form of feedback….from some quarter….this year may be….

Share you comments on this issue, I will hit reply…