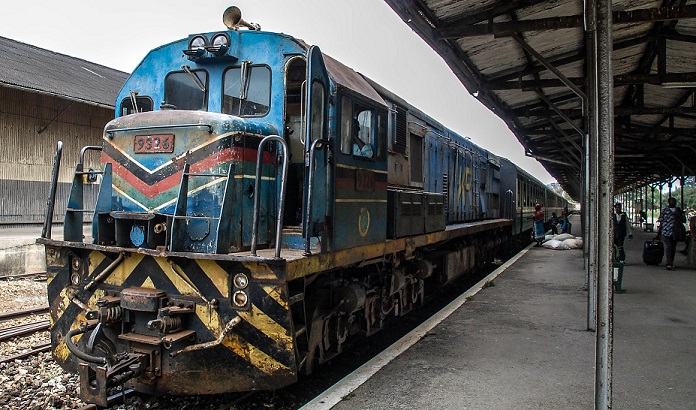 Living life is about trying out new things and today is one of those days that I can say I have truly lived.

Due to some unfortunate turn of events a while back, I had to move to a residential area I had previously considered less rosy. And after getting over the shock and adopting to the new environment  I settled in.

One of the challenges of living here, has been traffic jam. If I leave the house at 7am and use Jogoo road, the earliest I get to town is 8.30 am. I get to the office fatigued, because the matatu driver has used panya routes to avoid jam and most of these panya route are pothole ridden.

Of course getting into more jammed routes, then there is loud music amongst other discomforts. So the ride is devoid of any comfort. If I use Juja Road, I end up paying Kshs. 100/-, 40 bob more than when I use Jogoo road. My monthly transport budget can not sustain this spike in fare and again there is still a distance to walk from the matatu stage (almost at River side) to the office.

About 500 meters from where I live is a train stage – the Githurai train usually picks people there at around 7.15am every morning. Many are time when I have desired to try out the train but never gathered the courage. I had shared this desired with my next door neighbor, since she works in Embakasi, the train is not an option for her. But she kept on urging me to try it out, I promised her that I will only do it if she come with me, of course knowing it was not likely to happen.

This morning just as I was about to leave the house, Jane calls out my name from outside my flat and informs me that the day had come to ride on that train. She had an errand to run in town and was going to use the train. It was going to be her second time, having tried it a month ago and liked the experience. As she talked me into it, she quickly mentioned, there are no seats, so I should put on a pair of comfortable shoes.

Now you have to understand that today is not a normal day for me, I have been invited to do recording at a local TV station, so I dressed the part. Also I was running high on adrenaline, the excitement and all, so getting me to agree on the train ride was a piece cake.

But I had to make some wardrobe adjustment, so I changed from high heels which I packed in a paper bag to loafers and I was set for the train ride.

As we walked to the stage, many thoughts were rushing through my mind, with images of people hanging on the sides of the train, to looters, to scenes from train accident at Mutindwa and other negative images all which I could easily go back and forth from. But as we neared the stage the number of people especially ladies waiting reassured me.

At exactly 7.15am the train sounded it alarm to announce it’s approach and so after stopped for us to board. As Jane had forewarned me, there were no seats but enough standing room. She advised me to stand at one of the corners so as not to get roughed up by guys boarding the train at the next stops.

To my surprise, it was such a comfortable ride, even with the training stopping to pick and drop people at three different spots, it was really smooth. And to crown it all, the fare was just KShs. 40/-. The coach I was traveling in was not stuffy nor was it crowded. There were no people hanging from the doors or sitting on the roof nor were there looters, everyone minding their own business. I was even shocked further to see this young man carrying a tablet openly. What an an experience.

I think I was too mesmerized by the observations I was making, I did not realize that had reached the railway station, till Jane nudged me when the finally train came to a stop. I  was quick to check  the time – 7.40am. It took the train ONLY 25 MINUTES from Kariobangi South to town.

Do you know how excited I am to have discovered the train. So from today, my mode of transport in the morning has changed – Train it is.

Next new experience  – Recording at the TV Station later today.

What new experiences have you had recently?